How a Writing Contest for Students is Changing the Immigration Narrative


This post written by Claire Tesh, Senior Manager of Education at the American Immigration Council, originally appeared on the LEE & LOW BOOKS blog, “The Open Book,” featuring our Celebrate America Creative Writing Contest for fifth graders. Coming into its 19th year, this contest has been bringing attention to the contributions of immigrants in America through the eyes and pens of our youngest writers. What follows is a discussion of the Celebrate America Writing Contest’s mission and how it has helped to shape the immigration narrative.

To read the original article and view the large catalog of diverse books for children and young adults published by LEE & LOW BOOKS, please click here.

It is impossible to escape the negative vitriol and hateful rhetoric around the issue of immigration that dominates the headlines, talk radio, popular culture, and in some cases the dinner table. In an effort to educate children and communities about the value of immigration to our society The American Immigration Council teams up with schools and community groups to provide young people the resources and information necessary to think critically about immigration from both a historical and contemporary perspective, while working collaboratively and learning about themselves and their communities.

The American Immigration Council developed “Celebrate America,” an annual national creative writing contest for fifth graders, because they are at the age where they are discovering their place in the world both locally and globally. They are also finding their own voice, opinions and ideas through writing, creating and sharing. Students at this age start making sense of current events; they have a better working knowledge of basic history, and have a sense of global awareness. 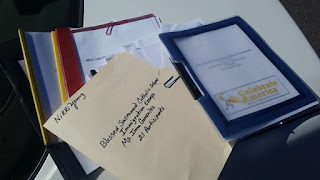 “Celebrate America” began 19 years ago with just a couple dozen entries. Today it has grown to over 5,000 entries annually! Since 1997 a total of close to 75,000 students have participated in two dozen cities, in nearly 750 schools and community centers across the nation.
As the leader of the Council’s education program since 2006, I have read thousands of entries and have attended numerous events featuring the writers. It is difficult to pick just one example, but in 2008 the winning entry America is a Refuge really showed how much a 10-12 year old can comprehend about the issue. That year, the winner, Cameron Busby, explained to a reporter from the Tucson Citizen that “I want to be a horror writer when I grow up,” and in order to tell the story of America being a place people come to be safe and thrive, he used bits and pieces of some of the true horror stories of the immigration journeys of his classmates or their family members. . This excerpt shows the young writer’s entry and how he made sense of injustice and how America has always been a nation symbolic as a beacon for hope:

A small child holds out a hoping
hand,
a crumb of bread,
or even a penny just to be fed
Hoping America is a refuge. A
child weeps over her mother’s
lifeless body,
the tears streaming down her
face
Praying America is a refuge.
Part of the reason why it’s a popular contest is because it fits neatly with the fifth grade curriculum and it is easy for teachers to implement by offering timely lessons and expository learning opportunities from classroom visits by experts to interactive web-based games. The contest is unique in that it allows for any written work that captures the essence of why the writer is proud that America is a nation of immigrants and students can express themselves through narrative, descriptive, expository, or persuasive writings, poetry, and other forms of written expressions. The teaching and learning opportunities the contest brings to both the classroom and the community has made it very popular and most teachers who participate do so year after year. 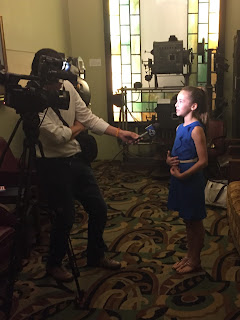 Monica Chun, a teacher from Seattle who has participated in the contest for several years and whose student, Erin Stark, was a national winner in 2013, starts the assignment by asking students to ask their relatives at home a question: “Who was the first person in our family to come to America?” No matter what ethnicity or how recent or distant a family’s arrival be, every student is going to have a unique answer to this question.

”Celebrate America” encourages youth, families and surrounding communities to evaluate and appreciate the effects of immigration in their own lives. The unique contest includes the following components:

The American Immigration Council believes that teachers, parents, and students are essential to building a collective movement toward a better future: in our classrooms, in our schools, and in the larger society. With the community’s engagement, educators, parents and students can help bridge this divide and approach the issue of immigration with intelligence and empathy.

The contest has an impact not only in the schools and communities that participate, but also in the halls of Congress. Each year when the winning entry is read into the Congressional Record, it is rewarding to know that our leaders are hearing words of wisdom from a young person who has big ideas and who has chosen to use their voice to invite others to learn about immigration and to celebrate America’s diversity.

When the winning entries are read to new citizens at naturalization ceremonies or at dinner galas in communities of all sizes, almost every attendee has tears in their eyes because the young readers are speaking from their hearts and they represent the future. Each and every year the young writers continue to surprise us with the depth and empathy in their writings whether it is their common sense solutions to an immigration system or the story of their own immigrant background. Any writer, no matter how old and how experienced, should look at these entries to get a sense for authentic voice and various styles of writing. The thousands of students who submit to the contest get recognized in their communities and the affect is exponential because students start in the classroom and their voice continues to be shared within their schools, within their communities and beyond.

The students participating in “Celebrate America” are America’s future citizens, voters, educators and activists and it is truly an honor to shape the contest so that it provides some of the tools to think critically about immigration and to learn to explore the economic and moral effects of immigration policy as they engage in the public debates. But, today as we try to navigate the complicated maze that is immigration law and policy, it is through their incredible choice of words, that they are our guides, our teachers, and our voices of reason.

To find out more about the contest and how to participate, please visit www.celebrateamericawritingcontest.org

LEE & LOW BOOKS is the largest multicultural children's book publisher in the country. They also have two writing contests for unpublished authors of color: the New Voices Award, for picture book manuscripts, and the New Visions Award, for middle grade and young adult manuscripts. Both contests, which are now open for submissions aim to recognize the diverse voices and talent among new authors of color who might otherwise remain under the radar of mainstream publishing.

Teaching Fairness, Freedom, and Equality on the Anniversary of the March on Washington

On August 28, 1963, over 200,000 demonstrators participated in the “March on Washington for Jobs and Freedom.” It was the largest demonstration for human rights in United States history and it unified several civil rights organizations. It was on that day that Dr. Marin Luther King, Jr. delivered his infamous “I Have a Dream” speech, and it was on that day that Americans of various races and religious creeds shared speeches, songs, and prayers led by clergymen, civil rights leaders, politicians, and entertainers. 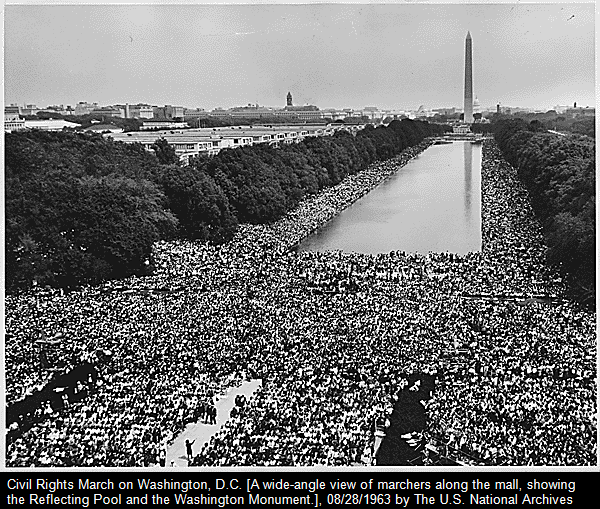 Dr. King activated the power of voice and helped people understand that you have to possess passion and be equipped with knowledge to make critical, well-informed decisions that improve our society. With social media and technology at times taking the place of marches and protests and augmenting others, the young activist of the new millennium has the power to have the issues of their community heard and seen globally. It is the responsibility of all who teach and mentor them to be sure they know how to get correct information and know how to critically analyze it.

In "The Purpose of Education" (1947), Dr. King wrote, "The function of education is to teach one to think intensively and to think critically. Intelligence plus character - that is the goal of true education."

In the U.S., our political framework requires citizens be involved, informed and engaged. A ‘government of the people’ cannot function if there are no avenues for civic involvement, no methods for community deliberation, or no opportunities to influence government decisions. Elections, petitions, and public deliberation are all a form of civic participation. It is the role of the people to exercise these rights to participate, and the responsibility of the government to respond and respect them.

In this light, immigration is one of many topics where the need for factual information, dialogue, and youth voice are integral for understanding our past and present as a diverse nation. We developed an immigration and civic engagement lesson plan for high school students where they wrestle with the essential and “American” question: how deep is our commitment to life, liberty, and the pursuit of happiness? Using our nation’s founding documents and Dr. King’s words as a launching point, students will learn about five historical examples of restrictive immigration law and policy and also about the value of young people’s voices in movements to secure rights. This Common-Core and C3 Framework aligned lesson plan has an adaptable Prezi presentation, Cornell Notes handout, and opportunities for student writing. It would make a great companion to a close read of Dr. King’s “I Have a Dream Speech.”

We thank you for the work you do and wish you a great start to the school year!
Posted by Unknown at 9:47 AM 1 comment: