“Unified Worldwide” Through Poetry and Hip-Hop


-- contributed by Justin Schell
For this piece celebrating the contributions of immigrants, specifically our refugee population, we asked Justin Schell, director and producer of the independent film “We Rock Long Distance” which chronicles three popular Minnesota immigrant musicians’ artistic and geographical journeys, to share the fascinating story of Tou SaiKo Lee, a musician and Hmong refugee, with us.

Tou SaiKo Lee came to the United States as one of thousands of Hmong refugees who fled the aftermath of the Vietnam War in the 1970s. After fighting for the CIA in Laos as part of the Secret Army, Hmong families crossed the Mekong River (with mothers often holding their children just above the surface as they swam across the dangerous waters) to refugee camps across the border in Thailand. From the refugee camps, these families spread out in a global diaspora: Australia, France, French Guiana, Germany, and the United States. There, they made homes in places like Fresno, Sacramento, Milwaukee, and, perhaps more than any other place, the Twin Cities of Minneapolis and St. Paul. Estimates of the Hmong living in St. Paul are above 60,000, making them the largest urban Hmong population in the world.

One of these families that came to St. Paul included Tou SaiKo Lee, who was born in a Thai refugee camp before coming to Providence and, eventually, to Minnesota. Along with his brother Vong Lee, he started one of the first Hmong hip-hop groups, Delicious Venom. He’s collaborated with Hmong artists around the country and the world, addressing issues such as police brutality, gang violence, women’s rights, and much more. To watch a video of Tou SaiKo Lee and his brother Vong performing at the WRLD premiere, please click here. 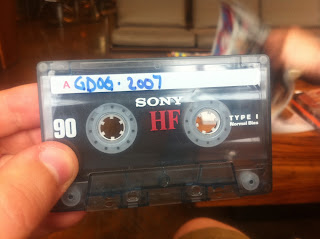 Yet perhaps Tou’s most important collaboration is with his own grandmother, Youa Chang. His grandmother, or “G-Dog” as she’s sometimes known, grew up chanting kwv txhiaj, a complex Hmong poetic practice many generations old but one that has at its core an incorporation of not only much older dialects and events, but also improvised passages built on the everyday life of the practitioner as well. In one of his grandmother’s poems, a stanza speaks of life under the Chinese, something her own grandparents experienced. The final stanza, however, speaks of the necessity of voting in America. More than 300 years of history span these stanzas, as well as multiple languages and dialects. 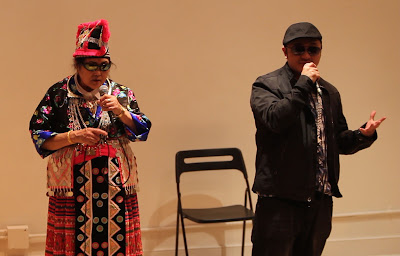 Tou sees in this art form a forbearer to his own spoken word and hip-hop. “My grandmother’s an MC of her generation,” he says in my film We Rock Long Distance.

Tou’s relationship with his grandmother was one of the first things that attracted me to his story, along with that of the other two artists in We Rock Long Distance: Manifest, originally from Ghana, and Maria Isa, a “Sota Rican” (Minnesota Puerto Rican) who was born on the West Side of St. Paul, but traces her roots back through the Puerto Rican diaspora of New York’s Lower East Side back to the island itself. My film intertwines each of these three artists’ lives and music through generation and geography, connecting to families, friends, and artists in Minnesota, where they “originally” came from, and many points in between.

Still, language remains a barrier between them, especially Tou’s attempts to learn kwv txhiaj. The art form is often thought to be an endangered one, with the few younger practitioners only memorizing already-existing poems, rather than creating new ones. Even memorizing these poems, however, is extremely difficult, as Tou found out when he attempted to learn a poem by his Aunt Joua (his grandmother’s daughter), who lives in northern Thailand. Tou and I spent a great deal of time with his aunt while we were there shooting the film, and she performed a number of poems for us, many on the topic of Hmong rights in Thailand. For his aunt, this was a practice learned as if by osmosis, one she grew up doing as a teenager, along with many others in her village.

For Tou, his own poetry was created in the very different context of artists like Tupac and Biggie, and until our trip to Thailand, he hadn’t written a hip-hop song in the Hmong language. That changed with Ntiaj Teb Koom Tes, or “Unified Worldwide.” Tou wrote the song with his cousins Pao and Pha, and got further advice for his own verse from his aunt. In the verse, Tou speaks about his desire to greater connect

They say that we Hmong don't know how to love.
Keep killing, fighting, arguing, beating,
Must let go of hate from long ago
Right now reaching out for each other with voices of joy.

At the end of the trip, Tou performed “Ntiaj Teb Koom Tes” for his family in Thailand, and the performance ended with another kwv txhaij from his Aunt Joua. In the film, this is the piece of poetry that sends him on his journey back to Minnesota. However, his body of work continues to connect the many parts—and generations—of the Hmong diaspora through music and poetry.

Justin Schell is a digital humanities specialist at the University of Minnesota.